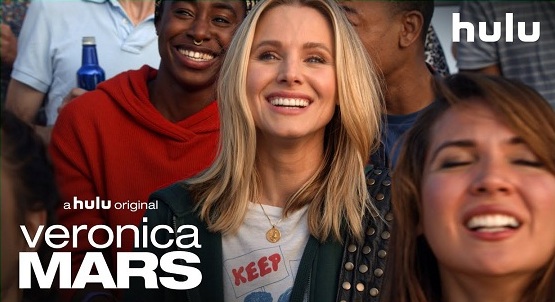 The show has been created by Rob Thomas and the plot of this TV series is divided amongst 4 seasons. Veronica Mars season 4 will begin on 19th July 2019, and all the episodes will be uploaded on Hulu too, which is the original network for this drama series.

A total of eight episodes will be released this year, and a lot of people have been waiting eagerly for Veronica Mars new season, as they pack a lot of entertainment.

In the name of America Drama series, Veronica Mars is also another name that comes at the top. It has also got some staggeringly high ratings.

The story is about Veronica Mars, a girl who is very popular and has cool friends along with a boyfriend. But her life takes a turn when she goes through a series of personal and family traumas that shape her life. And after that, she starts helping her father in his work of investigating the lives of rich and famous people, in the chaotic town of Neptune, Calif. Her dad is investigating a serial killer in the town of Neptune who is murdering spring breakers.

Kristen Bell is the main character, and other than that, the story consists of the revival of some characters and there are also some new characters that evolve throughout the plot.

The famous theme song of the TV series is “We Used to Be Friends” by The Dandy Warhols.