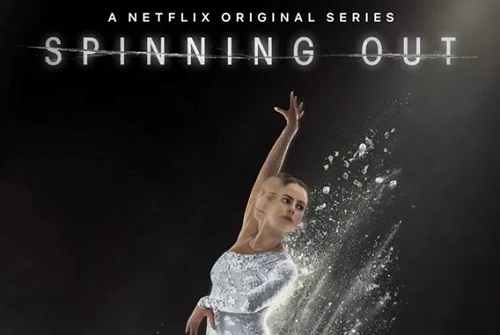 It is an American drama web series that is premiered on January 1, 2020.

The second season of the Spinning Out was cancelled by Netflix in February 2020. Is there any news about Spinning Out TV Show will update here.

About Spinning Out Series

Kaya Scodelario and Evan Roderick are in the leads as Kat Baker and Justin Davis.

Spinning out is a story about Kat Baker, an upcoming high-level single ice skater on her Olympics journey.

She meets with an accident which might bring a major turn in her career. Then she thought that she might have to follow the path of her sister Serena. She feels to pass the examination but gets an opportunity to be a pairs skater. She turns it down at first but later agrees to do so.

New partner Justin Davis belongs to a wealthy family and has a bad boy reputation that is he can’t keep a partner. Kat Baker belongs to a family with a history of mental illness she herself suffers from bipolar disorder.

Through the course of the series of 10 episodes, we see her being irresponsible, stop taking meds, losing control over herself, intervention by her mother, Carol.

Justin ends her personal and professional relationship with her only to alter his decision at the end.