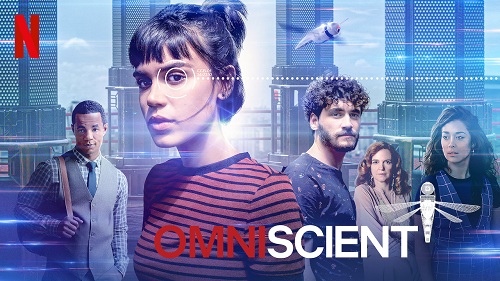 Is Omniscient TV series returning for next season? When is the Omniscient series going to release on Netflix? Check out below:

The series was first aired on Netflix on 29 January 2020 and season 1 consists of 6 episodes having a time frame of 40-50 minutes each. Currently, there has been no news about the second season of the Omniscient but If it does air, it should probably do around January 2021.

Omniscient is a Brazilian origin sci-fi web television series. Omniscient is a series where the population of a particular city is monitored by tiny personal drones, despite the security that the drones are meant to provide, a murder takes place which is then not detected by the drones, and this makes it seem, everything suspicious.

Nena is a trainee at the tech company called as Omniscient, that produces these personal drones, so one fine day when Nena returns home, she sees her father dropped dead on the floor and when the drones do not detect the killer, she goes to the authorities, where they tend to be reluctant about the issue. The cause of death on the death report states that the death was natural, which drives Nena and her family to seek answers concerning their father’s death. This series has been given an IMDB rating of 6.3/10.

This series contains strong language, other content and is not recommended for ages 18 and below.