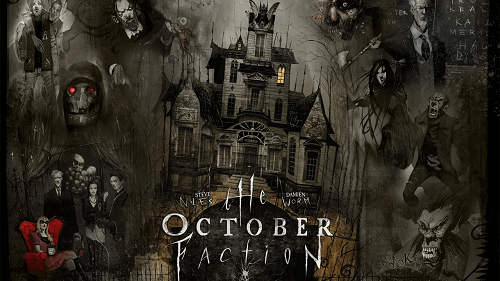 The series was first released on January 23rd, 2020 and it has got a single season with ten episodes in it. It is available out there on Netflix.

October Faction’s second season has been canceled by the show makers already. There was an official announcement in March 2020, when it was confirmed that the show will not be renewed for further episodes.

October Faction is a television series that has got American origins. The genre of the series is supernatural, drama, etc.

The series is about a husband and wife, Fred and Deloris who kill monsters and strange creatures. But their lives take a turn when Fred finds that they will have to go back to their native place in New York, as Fred’s father has passed away.

But back in their hometown, they face difficulties in concealing their identities as monster hunters. They have to hide stuff even from their children, and then they also realize that New York is also kind of strange with a lot of things. But they fight, in order to get everything on track.

Tamara Taylor and J.C. Mackenzie play the role of Deloris and Fred in the series and both are acclaimed actors for their past performances too!