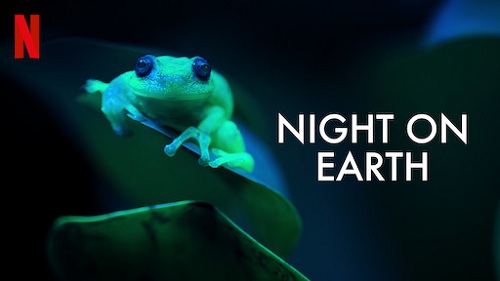 The show was first released on 29 January 2020 accommodating a total of 6 episodes in the first season and having a time frame of 40-50 minutes per episode.

Night on Earth was always perceived to be a mini-series and therefore sadly for the fans of the show, there will be no Night on Earth second season, airing anytime soon. But one doesn’t need to be disappointed since there are a ton of other series on Netflix, similar to this one.

About Night on Earth Series

Night on Earth is a British origin, network documentary. Night on Earth is a Netflix original show and was produced by Plimsoll Productions, the show uses modern-day technological equipment’s to show the world, what do the worlds some of the most astonishing creatures do, during the night time.

It’s a beautiful documentary that plays with the lights, picturing a gleaming amusement in the eyes of its viewers. Samira Wiley an American actress beautifully narrates the show making it even more alluring. The series tells one mesmerizing fact about the animals that the show captures, that you may have never even imagined. The series has been also narrated in the Turkish language by Beren Saat and has an IMDB rating of 8.2/10.

This TV series is PG-7 certified and is recommended for ages 7 and up.