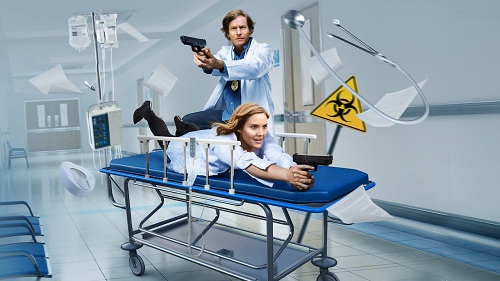 The series was first released on 10th January 2020. And it is available on the online streaming platform Netflix.

At the moment, a total of ten episodes are available out there on Netflix.

It is expected that any official update about the series will come out by March. But as of now, the series has not been cancelled or renewed.

But if we consider the plot of the first season, then definitely, there can be a second season on the way. The first season has left plenty of room for the same!

Medical Police is a comedy television series, which has got American origins.

The story mainly revolves around Lola Spratt and Owen Maestro, who are doctors of small kids. But their life takes a turn when the Government hires them for eradicating a life-threatening virus.

They are hired by the Government of their country for finding a cure for the virus.

And as the comedy plot rolls on, both the doctors get to know truths and facts about the virus. And while all of this is going on, the doctors also find a breakthrough and prepare an antidote of the virus!

Medical Police is related to another TV series which is Childrens Hospital.