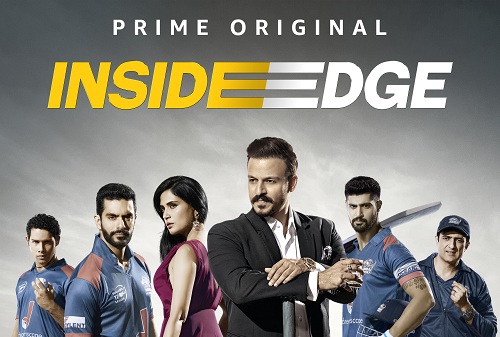 Is Inside Edge TV series returning for next season? When is Inside Edge series going to release on Amazon Prime Video? Check out below:

The web series was first premiered on 10th July 2017, and the total number of episodes in its two seasons is 20.

Its second season had come out in December 2019, and the streaming platform of this series is Amazon prime.

Viewers have liked the series and therefore they have waited a lot for its third season. However, there is not much information available about Inside Edge’s third season. And for its renewal, we will have to wait for the creator’s word.

About Inside Edge Series

In this web series, the story revolves around a T20 Franchise Mumbai Mavericks of the Powerplay League. In the sixth as well as the latest version of the league, Mumbai Mavericks are having a great time in the pre-season training and matches. But as soon as the ownership of their franchise changes, the situation turns upside-down. They start facing issues and monetary power, as well as other influencing factors, step in, to spoil the game.

The web series has been created by Karan Anshuman and it has been written by him, Saurav Dey, Ameya Sarda, Niren Bhatt, and Sailesh Ramaswamy.

The original languages of this series are Hindi and English.

The web series has won a lot of prestigious awards, such as the ITA award, etc., under different categories.