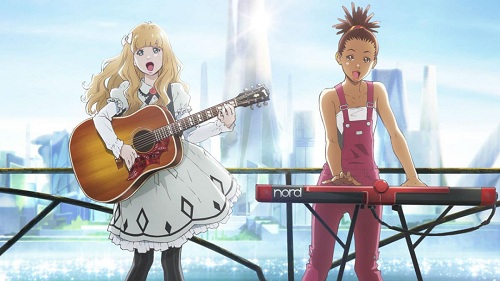 Carole and Tuesday are an anime series consisting of 24 episodes and 2 seasons. The show aired on Netflix in two parts- season 1 premiered on August 30, 2019, and season 2 was streaming on December 20, 2019.

The anime series is directed by Shinichiro Watanabe and produced by studio Bones.

The setting of the show is in terraformed Mars. Tuesday Simmons belongs to an affluent family of politicians but she wants to do something different with her life and venture into music. She runs away with the acoustic guitar and the suitcase to the Alba city. On her first day, she comes across Carole Stanley, a refugee from the earth and an aspiring musician who also tends to be a pianist. They both decided to become the singer-songwriter duo and made guitar and piano rock under the name Carole and Tuesday.